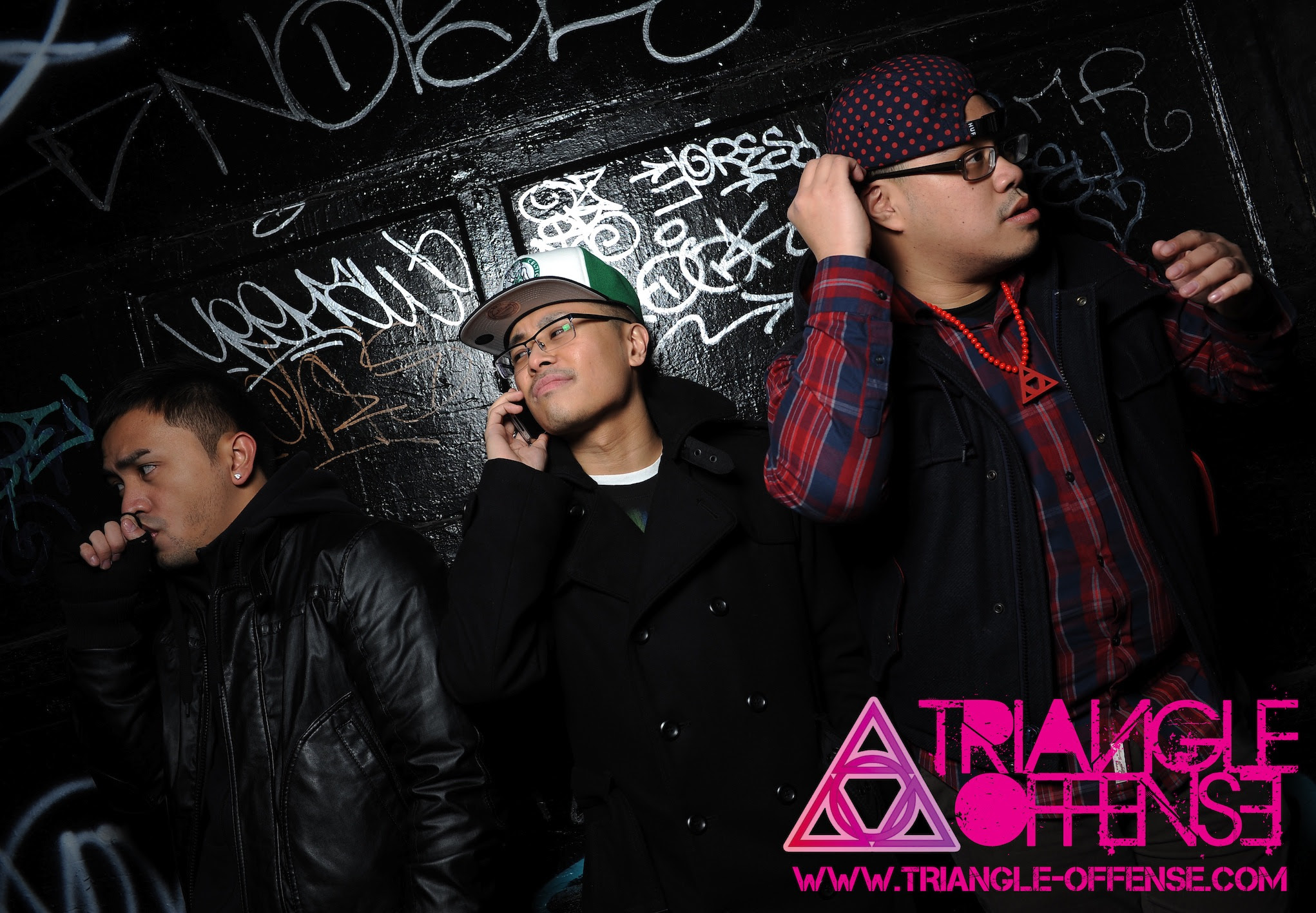 Jersey City electrohop trio Triangle Offense released the second of three music videos on YouTube showcasing its individual members in their own revealing projects.  The videos, which stick to the theme of their upcoming July mixtape release 'The First Love,' feature the members' personal stories of past relationships played over moving imagery.

"Between all of us almost making too much music for The First Love [and our next mixtape] The Break Up, Bry came up with his idea for his song 'First Love,' and it was so perfect that I didn't wanna go on it.

He owned it." says TO member Sci who raps over Childish Gambino's 'Heartbeat' for his piece titled 'Worst Love.'

"It naturally evolved.  'Let's go make solo songs that mean something to us,' then out came mine and same for Pwol."

The videos are directed by indie film director Francis Andal of Iris Cinematics who worked on the video for TO's last single 'It's All Good (TO's Diner).'  "I had a conversation with Francis about the concept of the video and he said, 'Does life ever make sense?  Sometimes all we have is hindsight.'  The film we ultimately made is a collection of hazy memories and hindsight," says Bry who lead the releases with his Tori Y Moi sample titled 'First Love.'

Francis has been tapped to complete trio of videos, next taking on third member Pwol's project titled 'Just Love,' a sample of XX's 'Islands.'

TO says that like their next mixtape 'The First Love,' all three songs will be available for free download on their website.  (www.triangle-offense.com)  The First Love is scheduled to be released on July 17th.

For all music videos, visit www.youtube.com/user/trioffensemusic

For interviews or booking information, contact management at edwin@badquarter.com