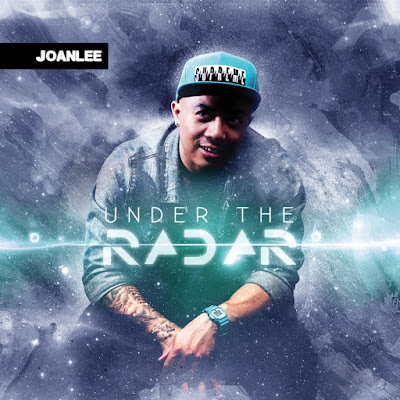 Your name, what you are called, and/or alias?

My name is Joanlee. That's my real first name. I didn't want to go with an alias because I felt that it was best to give everyone the "real" me with no gimmicks.

I am from Long Beach, California and I'm currently always around Long Beach, Los Angeles, Las Vegas and New York.

What age did you start?

I started doing music and writing since Iwas 8 years old. I grew up listening to hip-hop & R&B and I used to write a lot of poems which turned into lyrics as years went by. Then at my church, I learned how to play the keyboard, guitar, bass & drums. From thenon, I was performing at open mics and a bunch of other local venues.

I would have to say my "life experiences" and my surroundings. I grew up in an urban community and during my younger & adolescent years, Long Beach's crime rate was at it'speak with gang activity. On top of being raised by a single mother of two, Iwas the only man in the house and I had to grow up really fast. My parents split up when I was 8 years old and the only way for me to vent was through my struggles was through music and songwriting.

I would have to say my style is Urban/R&B/Hip-Hop. I try to no limit my style as far as genre goes. All I know is that I listen to a lot of different genres of music and I try to take alittle bit of everything and try to implement it to some of my music. But the fact that I sing and rap does kind of help me jump back and forth from the R&B and Hip-Hop market.

How would you describe your music?

I would describe it as something everyone can relate to. My music is a form of story telling from my point of view and Ijust feel like I'm a breath of fresh air. There's not many artists who can sing and rap but the fact that I'm also Asian American does spark a sort of interestin people who may doubt me and my music. Which is also a good thing because it'll eventually get them to listen and judge for themselves.

What is your favorite song that you have done?

I think my favorite song that I've done is "I Am". That song pretty much tells my story of how I started in this music game, how I was about to sign to a major record label, and to where I am now. It was to show everyone that I wasn't this new guy who came out of nowhere and tried to do this music thing. I've been doing this for over 15 years but within the last 4 years have been in the music industry paying dues as an apprentice, to songwriting for other artists, and now finally pursuing my artist career.

People you have had a collaboration with and/or friends?


I've done a lot of collabs but I would haveto say that the songs I've collaborated with on my "Under The Radar" album were my favorites. "I'm Good" Ft. LiL Crazed, "The Game" Ft. V8, "Too Late" Ft. Erika David, "My Fresh"Ft. Traphik, "The Lights" Ft. Gilbere Forté, & "I Am" Ft. April Nhem. Most of those artists that I've mentioned, I have been friends with for over 4 years and we kept in contact with each other as our music careers flourished.

What are your hobbies?

When I'm not in the studio I enjoy playing basketball, hockey, watching movies, shopping, trying different foods and traveling. I also enjoy history a lot and I like exploring about different cultures and historical venues.

If you haven't gotten my mixtape album "Under The Radar" yet, you can download it for free at www.iamjoanlee.com

I am currently on the"School Of Hard Rockz Tour" which will be in New Jersey May 11th, New York May 12th, and Boston May 13th. All the info for the tour is www.28vinyl.ticketleap.com

Thanks so much, it was a pleasure doing this interview with you. I have a feeling Joanlee will not be "under the radar" for much longer.
- TuneN2IM