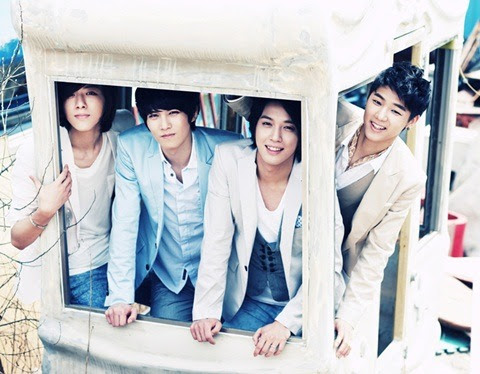 Listen to songs from CN Blue's newest Japanese album. Previously the two albums released in Japan before this one, had all songs in English. This time we're in for a pleasant surprise there is a song in Japanese sang by guitarist and vocal Jonghyun. What do you think? Sorry, the songs are low quality for right now. The album will be released on January 9th.
"Kimio"
"Try Again, Smile Again"
"Don't Say Goodbye"
Support CN Blue! Pre-ordering the album is available here at Yesasia.
Credit
Source: w0314rk@youtube
Posted by Lyna@cnbluestorm.
Asia asian cn blue jrock rock