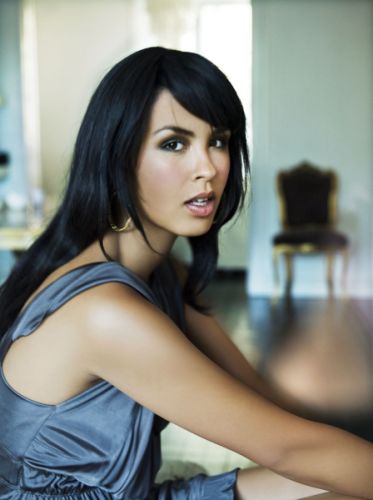 Singer Maria Mena was born on February 19, 1986 in Oslo, Norway. She was born to an artistic family – her father was a drummer and her mother a playwright – and she was subsequently exposed to the entertainment industry at an early age. She and brother Tony are named for characters from the play West Side Story and are of joint Norwegian and Nicaraguan descent.
Mena is the child of a broken home, however, as her father and mother broke up when Mena was only nine. Mena developed depression as a result and had an eating disorder for some time. At 13 Mena moved in with her father, with whom she explored the musical side of life and began developing lyrics to her help explore her frustrations with feelings. What started as therapy soon became a money-maker, particularly in the song “My Lullaby”, which expressed regret at the divorce of her parents. “My Lullaby” would later be released as a single.
Mena recorded her work in demo form and gave it to her father, who presented it in turn to a few record companies. Sony Music subsequently signed Mena.
In 2002 Mena released her debut single, “Fragile (Free)”, though it did not manage to chart in Norway. It took “My Lullaby” to put Mena on the charts, reaching fifth on the singles charts in Norway and featuring fairly heavily on a number of radio stations. Soon after she released her debut album, Another Phase, which managed to hit gold in fairly short order in Norway. It peaked at sixth on the Norwegian Albums chart.
Mena received her first major exposure to North America when she appeared onThe Late Show with David Letterman in 2004. It served as a promotion for her first international release album White Turns Blue, which charted at 102nd place on the Billboard 200. She hit the singles charts later in the year with “You’re the Only One”, hitting the Top 40 Mainstream at 25th before dropping down again. It is, to date, Mena’s only song to appear on a U.S. chart.
Mena has since released two more albums in Norway, Mellow and Apparently Unaffected, both of which have achieved gold status. 2005’s Apparently Unaffected has proven her most successful album to date in and around Norway, charting in several countries and receiving a great deal of airtime on radio stations in Europe.
Mena has another forthcoming album, Cause and Effect, which is set for release in mid September of 2008. She has already released three singles from the album, “Belly Up” and “All This Time” as of September 2008.
Mena has also had her music featured back in North America as well, appearing primarily in the popular reality show So You Think You Can Dance?.“Sorry” appeared during the third season and “What’s Another Day” was featured in the fourth.