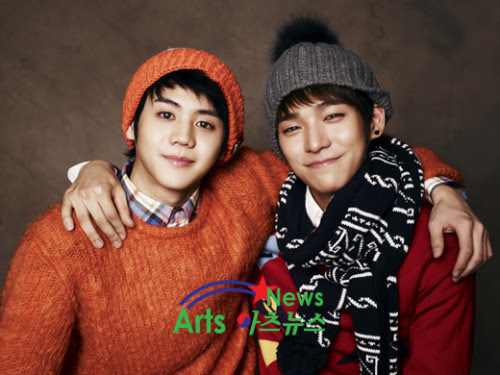 Beast/B2ST member Yoseob and Daniel of Dalmatian have released their single, "First Snow, First Kiss". It is a very sweet and touching video, with the two young men, recording the song and taking photos. Prior to joined their respective groups, the two trained together in a company and were close friends. It's nice to see that the two still show the same strong friendship after debuting. Their voices are blend perfectly together and the growth and strength of their voices can be heard in this song appropriate for the winter season.Thanks to Daniel, I would definitely rate the use of English in this song a 5 out of 5. B2utiful work fellows! *hyung = older brother/older male friend